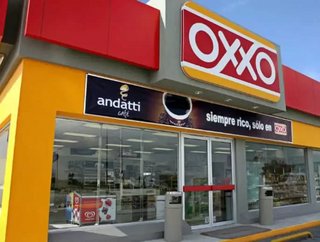 Check out the latest edition of Food Drink &amp; Franchise! From 7-eleven and Circle K to Arcos ampm, the United States has no shortage of healthy co...

From 7-eleven and Circle K to Arco’s ampm, the United States has no shortage of healthy competition in the convenience store sector. But there’s always room for more, and a new challenger is approaching with the potential to claim a sizeable part of the market share. This week Mexico-based retail operator Fomento Economico Mexicano SAB (FEMSA) released a statement announcing potential plans to open 900 retail locations in Texas, investing as much as $850 million over the next 10 years to make that happen.

FEMSA has already established a preliminary foothold in Texas, with the 2014 launch of a pilot OXXO convenience store in Eagle Pass. But so far further expansion has been hindered by a decision handed down from the Texas Alcoholic Beverage Commission, denying FEMSA a permit to sell alcohol due to its 20 percent stake in Heineken—a violation of Texas’s law forbidding joint ownership between alcohol manufacturers and alcohol retailers. FEMSA is challenging this decision with the Courts of Texas, and is now waiting for the verdict. If Texas authorities rule in FEMSA’s favor, the floodgates for massive retail expansion will open. If this is the case, what will that mean for US-based competitors?

FEMSA may not be a household name among consumers in the United States right now, but competitors in the grocery and convenience store markets should be well aware of the portfolio of brands residing in the Monterrey-based company’s FEMSA Comercio retail division. Flagship brand OXXO is the largest convenience store chain in Latin America, with nearly 13,000 locations throughout Mexico and Colombia, and is growing aggressively with over a thousand new location launches in 2014 alone.

In addition to its retail prowess, FEMSA also has some powerful partners. For starters, there’s the company’s 20 percent stake in Heineken. Meanwhile the Coca-Cola FEMSA division of the business is recognized as the largest bottler of Coca-Cola beverage products in the world, serving consumers in Mexico, the Philippines, Central America, and much of South America.

All of this gives FEMSA considerable brand clout and financial power to expand the OXXO brand rapidly throughout Texas. In business since 1978, the OXXO brand could also benefit from name recognition and brand loyalty among tourists or Texas residents who grew up or spent significant time in Latin America. So while the company may be a newcomer in the US market, it certainly won’t be starting from scratch.

Not that the competition should give up, either—compared to global megabrands like 7-eleven, which boasts 53,000 locations around the world, OXXO is still an up-and-comer. Established brands should be able to hold their own, but it would likely be a good idea for national and global brands to check in with management on a more local level to ensure that stores are in top form and consumer needs are being met.

FEMSA Comercio might not dominate the United States competition right out of the gate if its expansion is approved. But depending on the Texas Court’s decision, its large-scale entry could certainly shake up the sector.