Get Ready, So Cal: Hello Kitty Cafe is Coming 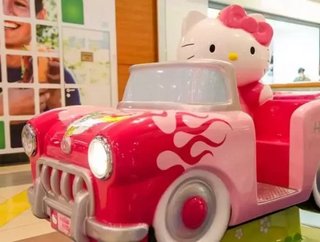 Theres been some controversial debate over whether Hello Kitty is actually a cat or not (spoiler alert: she is a cat), but one part of Hello Kittys iden...

There’s been some controversial debate over whether Hello Kitty is actually a cat or not (spoiler alert: she is a cat), but one part of Hello Kitty’s identity is undeniable – she’s a billion dollar brand, with her face on thousands of products and establishments around the world including several Hello Kitty Café locations in Taiwan and South Korea. The Sanrio brand celebrated its 40th anniversary in Los Angeles this weekend with the first ever Hello Kitty Con, and at the convention Southern California got the exciting news that it’s about to get a Hello Kitty Café of its own.

The café was introduced at Hello Kitty Con in the form of a pop-up mobile food truck, which will continue to be operational and available for hire to cater special events around Southern California. That’s exciting enough – but according to regional blog LAist, plans are in motion to open a permanent brick-and-mortar officially licensed Hello Kitty Café in Orange County by summer of 2015. LAist also spoke to the managing partner of the food truck (and of the future permanent location itself) about what the café will have in store:

We spoke to Hello Kitty Cafe's managing partner Allan Tea, who told us that everything from the food to the decor of the space will be featuring the iconic Sanrio character. He said their main focus will be on cafe-style food: artisan pastries and desserts, as well as savory foods like salads, sandwiches and sliders. They'll also be serving coffee drinks like espresso.

This won’t be altogether the first Hello Kitty Café in the United States – that honor goes to the location in Honolulu that has been open for business since 2010 – but it’s the first one in the continental 48, and that’s still a huge deal for such a massive global brand that could have chosen anywhere in the world for its next stage of growth. It’s only a matter of time before there’s a Hello Kitty Café in every metropolitan area in the world, and Southern California will hold the satisfaction and bragging rights of knowing that it was one of the first.