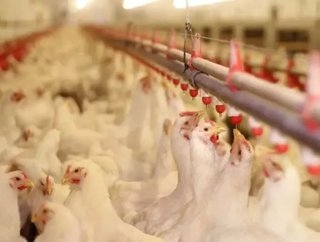 Last week McDonalds entered a new era, announcing that it would be phasing out shared-use antibiotics in its poultry supply over the next two years. But...

Last week McDonald’s entered a new era, announcing that it would be phasing out shared-use antibiotics in its poultry supply over the next two years. But something must be in the air, because as it turns out McDonald’s isn’t the only business to come up with this plan. Costco Wholesale has also announced plans to end the sale of chicken and other meat choices from livestock treated with shared-use antibiotics.

Costco Vice President of Food Safety Craig Wilson gave a phone statement to Reuters announcing this choice, emphasizing that it’s an important step toward better health in the long run and noting that the retail chain is working with the FDA, the CDC and the Center for Veterinary Medicine to make this happen:

Indeed, preventative antibiotic overuse—especially the use of antibiotics also used to treat humans—has been a source of controversy in the meat industry for quite some time. Back in 2012, a league of advocacy groups including the Natural Resources Defense Council (NRDC), the Center for Science in the Public Interest (CSPI), and the Union of Concerned Scientists (UCS) won a lawsuit mandating the FDA to better address livestock antibiotic abuse. But as the FDA’s guidelines are only voluntary, it’s going to take the voluntary actions of major businesses to start making significant changes. It looks like the industry is finally starting to reach that point.

Of course, like McDonald’s, this doesn’t mean the eradication of all antibiotics use in Costco’s meat supply chain. The business was careful to specify that it is phasing out shared-use antibiotics that “are vital to fighting human infections.” Costco also didn’t specify a timeline for phasing out antibiotics—hopefully it will keep consumers up to date in the way that it has regarding its split with American Express. Still, it’s a step in the right direction that could inspire further retailers to take similar steps as well. Somebody has to take the first step, and this has the potential to start a chain reaction.