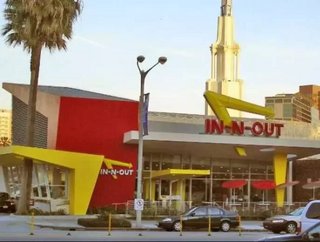 Change is coming to In-N-Out Burger. Thats a rare statement for the West Coast burger chain. But their small and iconic menu isnt going anywhere&mdash;t...

Change is coming to In-N-Out Burger. That’s a rare statement for the West Coast burger chain. But their small and iconic menu isn’t going anywhere—this change involves ingredients. According to a new report, In-N-Out has announced that it is committing to making its burgers with “beef that is not raised with antibiotics important to human medicine.”

The report states that In-N-Out is working with its suppliers to make this happen, as a response to a current campaign underway by several environmental advocacy groups asking major restaurant chains to switch to a meat supply that raises livestock with lower dosages of antibiotics. Several of these groups have already come out in favor of the new development:

“We’re thrilled that In-N-Out is responding so quickly to consumer demand,” said Jason Pfeifle, public health advocate with CALPIRG Education Fund, in a joint press release from these advocacy groups. “If In-N-Out follows through on these commitments, we are optimistic that other fast food restaurants will follow.”

“In-N-Out Burger's recent statement is an important step forward,” added Kari Hamerschlag, senior program manager at Friends of the Earth, pointing out that from here the test will be how quickly and confidently In-N-Out moves forward with making this commitment a reality. “Now, the company needs to provide the public with a timeline showing that it’s serious about eliminating everyday use of antibiotics in its beef production."