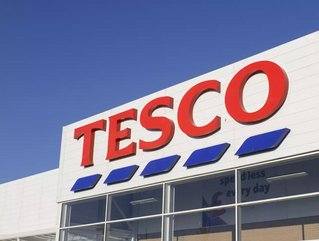 Tesco supermarket, WWF and Nottingham University have teamed up to make a sustainable diet for cows, to lower methane emissions, for cleaner beef and dairy

Beef and dairy are popular across the world - and this comes at a high environmental price. Up to 200 litres of methane gas are emitted per day from cows, owing to their four stomachs. Methane gas is more potent than CO2 and is one cause of climate change. As a result, many are reducing their consumption of beef and dairy in order to support the planet.

However, scientists are researching ways to lower the emissions, by changing the diets of cows.

In 2018, Tesco supermarket and WWF partnered with the aim of reducing the environmental impact of the average UK shopping basket. The two also hope to improve the affordability of sustainable food.

They have recently announced a new venture with Nottingham University, in a study which will determine if it is possible to control the levels of methane emitted by cows through altering their diets.

Supporting the dairy industry and the environment

Research at Nottingham University will determine if a natural supplement added to the cows’ diet, can alter the levels of gases emitted.

The cows involved in the trial have been divided into two groups, where one will be fed their normal diet and the other the methane-reducing supplement. In order to monitor the impact on their methane emissions, scientists have installed each cow with a digital tag to record the results of:

A successful supplement could reduce methane emissions from cows by as much as 30%.

The trials are being led by Phil Garnsworthy, Professor of Dairy Science who has worked at Nottingham University for more than 40 years.

“What we’re looking to do by using the supplement is reduce the amount of methane the cows release”, said Garnsworthy. “They’ll still need to belch, otherwise it’s not good for them. The supplement has a similar sort of effect to antacid used by humans. We take those because we have an upset stomach but this supplement aids normal processes in the cow’s digestive system. It’s more like eating a live yoghurt to improve your gut microbes but this supplement discourages the bacteria in the cow’s gut from producing methane.”

Even though cows are responsible for just two% of the UK’s greenhouse gas emissions, given Britain’s love of milk, it’s clear that finding a way to reduce the amount of methane they produce could lessen their environmental impact.

“While many people might write off bovine emissions as an unchangeable fact of biology we are confident that something can be done to at least reduce those emissions”, said Tom Atkins, Tesco Agriculture Manager. “We believe that as a major food retailer we have a responsibility to try and find a solution so have teamed up with a group of scientists and our partners at WWF to see if by adding a natural supplement to the cows’ diets we can alter their ruminations. The supplement has the potential to be rolled out in dairy herds across Tesco’s Sustainable Dairy Group, and help our farmers take further steps to improve the sustainability of the pint of milk you see on the shelves.”

The results of the trial will be revealed at the end of July.