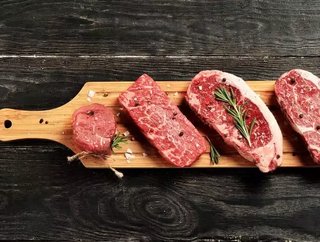 Ireland will become the first European Union country to gain access to China’s fast-growing beef market after the country’s Minister for Agriculture...

Ireland will become the first European Union country to gain access to China’s fast-growing beef market after the country’s Minister for Agriculture revealed that Beijing had approved imports from three Irish beef processors.

In 2000, China banned beef imports from the EU and the US following an outbreak of BSE or ‘mad cow disease.’

Now, 18 years later, concerns about the disease are subsiding thanks to meticulous inspections of foreign arrivals.

Demand for red meat in China has soared in recent years thanks to richer diest and an expanding Asian middle class.

China is currently Ireland’s third largest market for agricultural exports, with exports rising about five-fold from around €200mn in 2010, to nearly €1bn last year.

As well as this, China is also Ireland’s second largest market for dairy and pork products.

Irish Agriculture Minister Michael Creed said that the announcement was an important breakthrough for the beef industry, noting that China represented an “enormous potential market".

“For beef, the door has now been opened and there is a real opportunity for the industry to build on this," said Mr Creed.

“I will lead a trade mission to China next month to further build on our trade relationships and continue our dialogue with the Chinese government.”

With Brexit on the horizon, the deal has also been viewed as a potential safety net for the Irish beef market as 50% of Irelands 2.5bn beef exports currently go to the UK.

2Opening and developing new markets is also a key part of our response to the uncertainties arising from Brexit," Creed concluded.