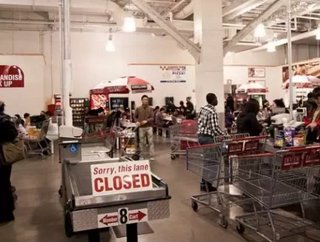 A couple of weeks ago, Costco Wholesale shocked its consumer base with an announcement that the discount warehouse chain was breaking off its longstandi...

A couple of weeks ago, Costco Wholesale shocked its consumer base with an announcement that the discount warehouse chain was breaking off its longstanding exclusive relationship with credit card company American Express. What would happen next, and how would Costco members pay for their purchases in 2016? Now we have an answer: today Costco announced that it has entered into a new credit card program agreement with global bank Citi and will start offering a co-branded Citi Visa credit card in 2016.

According to a statement from Costco, the new co-branded card will be launched in 2016 provided that Citi follows through with purchasing Costco’s existing co-brand credit card portfolio. Once the new card is launched, Costco is promising a strong benefits program for the warehouse club’s members.

“Under the terms of the agreements, Citi, the world's largest issuer of consumer credit cards, would become the exclusive issuer of Costco's co-brand credit cards and Visa will replace American Express as the credit card network for Costco in the United States and Puerto Rico beginning April 1, 2016,” reads the press release. “Once issued, Costco's co-brand Visa credit card would provide generous rewards to Costco members, serve as the Costco membership card, and would be accepted at Costco locations in the United States and Puerto Rico, as well as all merchants worldwide that accept Visa credit cards.”

This is all good news for Visa—according to Business Insider, Visa shares spiked upward by 2 percent in premarket trades. There’s no word yet on what generous rewards will be provided, but Costco promises to update members with new information over the months to come.