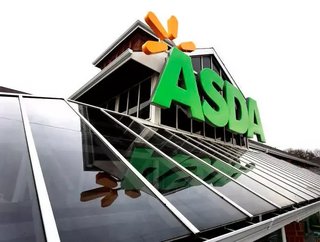 He succeeds Alex Russo, who has been CFO at Asda for more than four years.

Russo, a former Tesco and Boots director, is to step down from the business at the end of July to join British retailer Wilko.

His successor, McWilliam, previously worked at the British supermarket for 15 years before leaving in 2012 to pursue roles at Amazon, Jisc, and YPO respectively.

The appointment comes shortly after British grocery giants Sainsbury’s and Asda announced that they are to merge, after agreeing on a deal with Asda’s owner, Walmart.

In one of the biggest shake-ups in the food retailing industry, the tie-up could create end tesco’s reign as the UK’s biggest supermarket chain.

In a note issued to colleagues today, Walmart International EVP and CFO, Richard Mayfield, and Asda CEO, Roger Burnley, wrote: “During his four and a half years in role at Asda, Alex has played a key leadership role in steering the business in a challenging market and continued to develop the role and influence of the Finance team.”

“He has also helped to make the difficult choices to support the improving performance we have seen over the last two years.

“Alex has been discussing his desire to seek a new challenge for more than a year and we’re delighted that he has found the right business opportunity that he has been looking for.”