What’s Up with Friendsgiving? 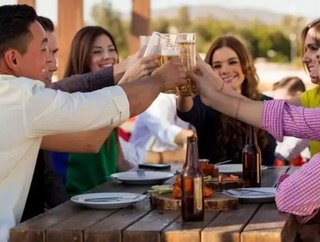 According to a new study conducted by Penn Schoen Berland for T.G.I. Fridays this month, 4 out of 5 Millennials still find a lot of meaning and importan...

According to a new study conducted by Penn Schoen Berland for T.G.I. Friday’s this month, 4 out of 5 Millennials still find a lot of meaning and importance in a traditional Thanksgiving feast with their families. But another festivity has become just as important over the last few years: Friendsgiving.

It might be home-for-the-holidays high school friends getting together for drinks on Wednesday night, or a gathering of new friends celebrating the Thanksgiving holiday together—Friendsgiving comes in many forms. But altogether it’s a trend that has been growing in prominence and participation among Millennials. The Penn Schoen Berland study indicates that 25 percent of identified Millennial consumers have plans to attend a Friendsgiving celebration this year, twice the rate of the general population.

“Fridays has a great base of Millennial-minded guests and Millennials themselves,” says Matt Durbin, Vice President of Marketing, Beverage and Bar Innovation for T.G.I. Fridays. “They’ve long been coming to Fridays for Friendsgiving-type occasions, so we just wanted to learn more about the trend.” So the bar and casual dining franchise conducted the study as a way to look further into the trend, how it’s progressing, and what it means for social gathering spots like itself.

The study uncovered some interesting facts and statistics about the trend:

But perhaps the most interest observation was that Friendsgiving isn’t as new a trend as everyone might think.

“Absolutely, Friendsgiving is hot—but I think Friendsgiving has long been in place,” says Durbin. “In other words, [young people] have always been gathering with their friends around the Thanksgiving holiday. The concept of formalizing it and the term ‘Friendsgiving’ certainly brings it to new light, but the trend has been going on for a long time.”

If this trend has always been happening, why is everybody talking about Friendsgiving now? That’s simple: because Millennials are phenomenal at elevating concepts into trends.

“Millennials are thought leaders,” explains Durbin. They like to travel in packs, they’re a little different from previous consumer generations, and what they’re doing in terms of socializing around the holidays is a little bit trendier than what previous generations were doing.”

So perhaps all of the Thanksgiving episodes on Friends had a bigger impact on the Millennial generation than anyone could have anticipated, creating this spike in the tradition. But while the term to describe it may be new, at heart it’s just that—a tradition all its own, and one that will keep young people gathering and celebrating their chosen families over drinks and dinners well into the future.