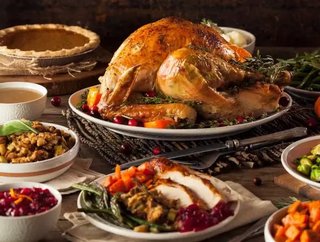 Agricultural conglomerate Cargill Inc. is harnessing blockchain technology that will allow consumers to trace their individual Thanksgiving turkey from...

Agricultural conglomerate Cargill Inc. is harnessing blockchain technology that will allow consumers to trace their individual Thanksgiving turkey from the store where they bought it to the farm that raised it.

This blockchain technology is the same that is used for the cryptocurrency Bitcoin.

It structures data into a series of records that cannot be changed or removed and that can be shared across a network of computers or added to securely by participants.

To learn more about their Thanksgiving turkey, consumers in selected locations can enter a code on its packaging into an online site which will link them back to one of four farms involved in the pilot.

The poultry will be primarily available from stores and farms in Texas.

It is thought that the cloud-based blockchain system may be faster, simpler and more effective than the current system which often involves multiple software systems and paper records.

“We know consumers are looking beyond farm-to-table marketing promises to better understand where their food comes from and how it is produced. That’s why the Honeysuckle White brand is the first and only major turkey brand to pilot a blockchain-based solution for traceable turkey.”

Recent research by MarkertsandMarkets has predicted that the food traceability market will be worth US$14bn by 2019, as consumers increasingly want to know where their food is coming from and if its, for instance, natural, organic and antibiotic-free.

Cargill’s Honeysuckle White brand is the first major turkey brand to pilot a blockchain system, which could give it a competitive edge ahead of Thanksgiving shopping.