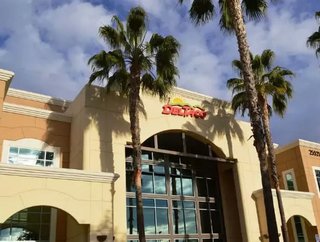 Not too long ago, we mentioned Lake Forest, CA-based Mexican food-and-crinkle fries chain Del Taco as one of our top ten West Coast-based regional chain...

Not too long ago, we mentioned Lake Forest, CA-based Mexican food-and-crinkle fries chain Del Taco as one of our top ten West Coast-based regional chains that need to go national. A deal that’s now in the works could bring that idea one step closer to fruition. New reports indicate that Chicago-based Levy Acquisition Corp could be making headway in talks to acquire Del Taco Inc. for as much as $500 million.

Which brings us to the question: who is Levy Acquisition Corp anyway, and are they suited to spread the Del Scorcho sauce gospel to new audiences? Here are a few things to know about the acquisition firm:

Of course, while Levy Acquisition Group must make an acquisition by November 19, there is still plenty of time and that acquisition doesn’t have to be Del Taco. For now, it’s more rumor than reality— Reuters reports that this tip came from an undisclosed source, who mentions that the deal is still up in the air and that the talks between Levy Acquisition Corp and Del Taco could end up concluding without reaching a satisfactory arrangement. Furthermore, neither Levy Acquisition Corp nor Del Taco are offering any comment on the situation. So there’s a very real possibility that Del Taco could remain independent at the end of the day.

But if this does happen, that could mean good things ahead for Del Taco expansion plans. Del Taco does currently operate in 17 states, with a few outposts from Texas to Oklahoma. But the vast majority of its locations are concentrated in the West—mostly along the West Coast, with more throughout the Southwest and the Rockies. If Chicago-based Levy Acquisition Corp does acquire Del Taco, it seems like a sure bet to grow the taco chain much more aggressively in the Midwest and beyond.