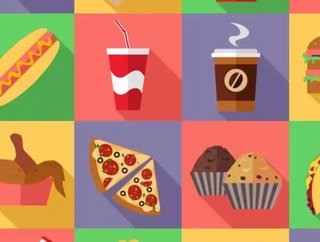 The restaurant industry in the United States is changing. When the FDA published its new menu labeling requirements on December 1, 2014, the agency set...

The restaurant industry in the United States is changing. When the FDA published its new menu labeling requirements on December 1, 2014, the agency set a one year timeline for restaurant chains and franchises with more than 20 locations to comply. That deadline is quickly approaching, and many chains are still facing plenty of challenges in order to ensure full compliance by December 2015.

As nutritional task force lead and senior client services director at Trabon, Christy Trinkler has made a career of helping high profile restaurant chains like Red Robin and California Pizza Kitchen create brand consistency by bringing order and simplicity to the often complex process of data management and menu versioning. With new guidelines on the way, asking restaurant chains to provide not just calorie counts but additional menu statements and full supplemental nutritional value menus, menu versioning is getting even more complex than ever.

But as we sat down to speak with Trinkler about the changes, she outlined a three step process that can help businesses on their way toward compliant success.

Step One: Define Your Process

“We’re up against a deadline of December 1,” says Trinkler. “So that’s becoming really challenging to the industry, the fact that they need to follow all of these steps to meet that compliant state.” For large restaurant chains, meeting that deadline means pulling top personnel from multiple divisions at the corporate level to form a cross-functional team that can work together to engineer a solution within the given timeframe.

“Who will be part of this team that we’re going to pull together at the corporate entity to make sure all our Ts are crossed and Is are dotted?” she asks. “As I’m discussing this with [clients], they’re pulling people in from supply chain, culinary, IT, their legal department, their marketing folks—they’re all getting together to come up with a plan to accomplish this by December 1. So I would say that would be Step One: to define a process and come up with a timeline for success.”

According to Trinkler, the second step in tackling the FDA guidelines lies in clarification, whether that’s making the tough decisions in the marketing department (i.e. weighing the pros and cons of meeting the brand’s visual standards vs. meeting compliance standards) or the legal department to make sure that everything from your menu layouts to your third party verification process meets the standards laid out by the FDA.

There is also the matter of making sure that all of your own tough questions are being answered. “There are a lot of unanswered questions right now—throughout the entire industry there is some uncertainty, because the law isn’t specific in certain areas, so there’s a lot that’s left to interpret,” says Trinkler, noting that in this case collaboration and community building between franchisees and even brands can be key to forming a better understanding.

“Because some of it’s unclear, there are hundreds of questions being fired back to the FDA right now—the FDA can’t get to these all at once, so they’re answering them when they can, and so we’re getting pieces here and there to put this whole puzzle together,” says Trinkler. She adds that, at the recent NRA Food Show in Chicago, high level leaders from restaurant company CEOs to nutrition company CEOs to NRA officials had come together to discuss the new menu guidelines. “This is a hot topic, and definitely something they spoke about,” she says. “There is that sense of confusion, [with some individuals] bringing things up that the others hadn’t even thought about. So it’s about being able to answer those questions for their own organization, and gathering it from what others are doing as well.”

“Really, the third thing is just: how do you make this simple?” says Trinkler. “There’s so much complexity and detail surrounding this—but with the right process and the right technology in place, they can make this a lot simpler.”

It’s not always easy, especially considering that changes further up the supply chain can have profound effects on menu accuracy. “That’s something that [clients] are concerned with,” says Trinkler. “Let’s say one of my base items in a lot of my recipes is chicken stock. What if the chicken stock supplier changes their formulation and it changes the nutritional values? Now that affects 50 of my menu items, because that base ingredient has now changed.” Because recipes are ever evolving, your menu may be an ongoing project as well, adding to the importance of bringing in a well-rounded panel of executives to ensure that information is up to date and everyone is on the same page.

As Trinkler further explains, a lot of that simplification can come from examining processes from department to department. “There’s a lot of duplication of effort across organizations,” she says. “People pull their hair out because they’re maintaining 15 different spreadsheets, then you go down the hall and someone else has another spreadsheet—it’s the same information, it’s just in three different places. Over the years I’ve seen a lot of Excel documents out there, and with the added complexity of nutrition, there’s just that much more to maintain. But it doesn’t have to be as complex as it seems. If there’s one thing where I could say, ‘let’s look at and analyze this together,’ it’s: where is all of your menu data, and how do we simplify that and make this information available to publish across the board?”

But the overarching benefit of performing all of this work right now is that it can make changes and adjustments later on much simpler n the long run. “There’s a lot of work to do up front,” she notes. “But after your nutritional information is mapped from a third party nutritional company into a technology piece to version your menus, then changes in recipes won’t become so cumbersome.”