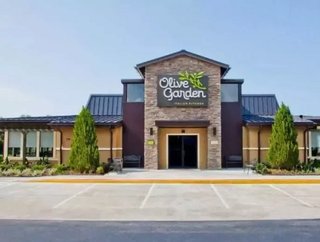 Olive Garden parent company Darden Restaurants Inc. has been struggling for a while now. Those struggles came to a head last year, as CEO Clarence Otis...

Olive Garden parent company Darden Restaurants Inc. has been struggling for a while now. Those struggles came to a head last year, as CEO Clarence Otis stepped down and shareholders voted to replace all 12 Darden board members in one fell swoop, and since then the restaurant company has been working hard on different concepts to breathe new life into its flagship casual dining brand. According to the latest reports, Darden is now looking to new possibilities in takeout and delivery to give Olive Garden a much needed revenue boost.

Yesterday Darden Restaurants announced its results for the fourth quarter and fiscal year ending on May 31, 2015. In these reports Darden reported several fiscal year highlights, including a 7.6 percent total sales increase to $6.76 billion and a same-restaurant sales increase of 2.4 percent.

“We are pleased with our improved performance during the fourth quarter,” stated said CEO Gene Lee in the announcement. “The momentum we have built during the second half of the fiscal year gives us confidence that our back-to-basics focus – which is rooted in strong operating fundamentals around food, service and atmosphere – is resonating with our guests.”

RELATED CONTENT: Olive Garden is Crowdsourcing Its Way to a Better Menu

With 4 percent total annual sales growth and 1.3 percent same store sales growth, Olive Garden has been improving but not at the same speed as other Darden brands like LongHorn Steakhouse or The Capital Grille. According to Fortune magazine, a conference call with Darden CEO Gene Lee revealed that Olive Garden’s growth so far has been steady over the past 10 months due to tech upgrades that have allowed consumers to order takeout.

The company plans greatly expand its take-out options, in particular through a rollout of delivery for even large parties. Darden is also continuing its rollout of other upgrades including tabletop tablets for ordering, plus screens in waiting areas to let consumers know how long their wait will be and where they are in line. Darden executives hope that these appeals to convenience will entice consumers to revisit Olive Garden and will boost the chain toward a higher rate of growth in the fiscal year to come.

“To-go is only going to get more and more important to the customer,” Lee reportedly told analysts during the conference call. “It’s all about building on the convenience trend.”