By Catherine Sturman
May 17, 2020
undefined mins 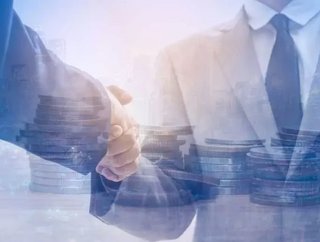 Chris Hood, President of Kellogg Europe has been announced as President for Kellogg North America and will report to Chairman and Chief Executive Officer Steve Cahillane.

Additionally, the company has announced the appointment of Dave Lawlor, Vice President, European Cereal Business to President of Kellogg Europe.

"Chris has successfully led our European business through challenging market conditions and expansion into new markets, revitalising our marketing and innovation activity and improving our profitability," commented Cahillane.

"I've had the opportunity to spend more time with the Kellogg North America businesses, and I am confident that they are on firm strategic and financial footing. Chris is the right person to build on the progress the team has made."

Joining Kellogg in 2012 as part of the Pringles acquisition after 19 years with Procter & Gamble, Hood was responsible for Pringles’ North American business as Vice President and General Manager.

Within this new role, Hood will lead the portfolio of businesses within the company's largest region, including US Morning Foods, US Snacks, US Frozen Foods, US Specialty Channels, Kashi and Canada.

On the other hand, Dave Lawlor, Vice President will succeed Hood as President of Kellogg Europe.

Beginning his Kellogg career in Sales in Ireland in 1991, Lawlor has progressed to a number of senior commercial roles, including leading the company's businesses in the Mediterranean, Middle East, Russia, and the United Kingdom/Ireland.

"These two internal promotions reflect the calibre of talent we have in our organization,” added Cahillane. Both have the experience and skills to lead and execute our Deploy for Growth strategy."