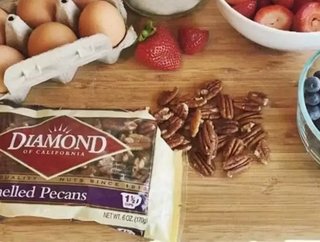 Kellogg is on the cusp of serious growth. The breakfast cereal titan is reportedly in late-stage talks to acquire California-based consumer packaged goo...

Kellogg is on the cusp of serious growth. The breakfast cereal titan is reportedly in late-stage talks to acquire California-based consumer packaged goods brand Diamond Foods. Reports indicate that, if completed, Kellogg may be paying as much as $1.5 billion for the acquisition.

Venture Capital Post reports that Kellogg may be paying $35 to $40 per share for its takeover of Diamond Foods, though at the moment during these late-stage negotiations neither company is commenting definitively on the details of the deal.

What’s in it for Kellogg to make Diamond Foods such an appealing acquisition? Bringing Diamond Foods into its fold could help Kellogg branch out from its breakfast cereal core and break into the lucrative snack food market. Kellogg started this move with the acquisition of Pringles in 2012—picking up Diamond Foods would further solidify its position in snacks.

Diamond Foods may not have immediate consumer name recognition, outside of home bakers familiar with the company’s Diamond Culinary Nuts line of walnuts, almonds, pecans and more. But Diamond is also a top producer in the CPG world—and a leader in the “better for you” snack category—with snack brands like Kettle Chips, Pop Secret, and Emerald premium snacks in its portfolio.

That “better for you” focus could make Diamond Foods even more valuable to Kellogg. Earlier this year the company announced a major increase in products focusing on health, nutrition, and simplicity, especially from its Special K and vegetarian Morningstar brands. This acquisition could help Kellogg continue its goal, as well as keep up with like-minded competitor General Mills.

As VC Post also notes, despite its strong portfolio Diamond Foods has struggled to increase revenue over the past year. The acquisition of a giant like Kellogg could give its products the boost they need. If the deal goes through, it stands to be a win-win acquisition.