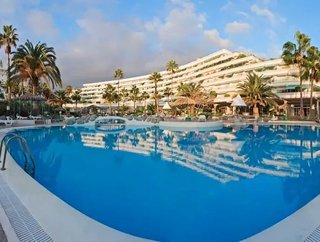 Minor International in lining up the full acquisition of NH Hotel Group after purchasing an additional 25.2% stake in the Spanish company for €619mn...

Minor International in lining up the full acquisition of NH Hotel Group after purchasing an additional 25.2% stake in the Spanish company for €619mn.

Thailand-based Minor revealed its plans on Wednesday having completed a deal for the extra shareholding previously held by Chinese conglomerate HNA Group, taking its current total stake in NH Hotel Group to approximately 38%.

By moving beyond a 30% stake in the company, Minor is now eligible under Spanish law to launch a takeover bid – something it plans to do within the next few months.

NH rejected a similar approach from rival Grupo Barcelo earlier this year however and any completion is subject to the approvals of Minor’s shareholders, the National Securities Market Commission of Spain (CNMV) and clearance by relevant anti-trust authorities.

The share purchase from HNA Group will be in two tranches of 65.85mn shares to be completed on or around 15 June and 32.94mn shares, expected to be completed in September. HNA is selling as part of a wider divestment of assets through which it hopes to complete debt repayments.

“We will be able to create a network of over 540 hotels with a reach across Asia, Oceania, the Middle East, Africa and Europe, all of which are important hospitality regions around the world. The business network will allow the two companies to capitalise on our leadership positions in key growth areas, highly complementary asset and brand portfolio, technology platform and talented employees.”