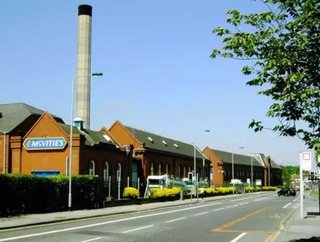 Its a tumultuous time right now for United Biscuits, the British manufacturer responsible for iconic brands like McVities Digestives and Jaffa Cakes. Th...

It’s a tumultuous time right now for United Biscuits, the British manufacturer responsible for iconic brands like McVities Digestives and Jaffa Cakes. The company is currently owned by private equity groups Blackstone and PAI Partners, who purchased United Biscuits in 2006 with an eye to take the company public in the near future. But that could all be about to change – a handful of businesses from around the world are now in competition to acquire the snacks company. The question is: which one will emerge victorious?

According to the Financial Times, three companies are now on the shortlist for the acquisition of United Biscuits: Burton’s Biscuits (producer of the equally iconic Jammie Dodgers), US-based Kellogg Company, and Turkish group Ülker Bisküvi Sanayi (a part of parent company Yildiz Holding).

But while they may be the shortlist, they aren’t the only interested potential buyers. The FT notes that Italy’s Ferrero SpA, China’s Bright Food, and San Miguel Group from the Philippines also have a keen interest and should be expected to place bids as well.

According to the report, Bright Food may actually have a strong position in the running, as it was in talks with Blackstone and PAI to acquire United Biscuits back in 2010 – the deal reportedly fell through due to pricing, but the Chinese food company could be coming back better prepared for business this time around.

But the others are strong contenders as well. Kellogg Company has a proven track record of support for iconic brands of its own, from its breakfast cereals like Frosted Flakes and Froot Loops to snacks and biscuits like Pringles and Keebler cookies. With a partnership that helped Kellogg expand into the Mediterranean, Yildiz Holding and Ülker Bisküvi Sanayi are the smart choice if United Biscuits is wants similar support but is trying to expand its reach more into further reaches of Europe or western Asia. On the other hand, if strengthened branding within the UK is the ultimate goal, United Biscuits could do well through a partnership with Burton’s.

It’s likely to be a little while longer before a frontrunner becomes clearly apparent. But before the bidding is all over, financial experts estimate that United Biscuits could wind up valued at as much as £2 billion.