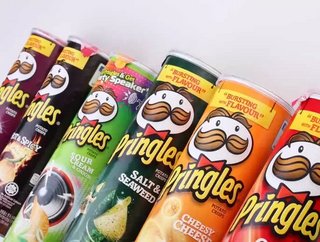 Growing sales of Pringles and Eggo frozen waffles, as well as growing demand in emerging markets, helped to lift The Kellogg Company’s sales in its fi...

Growing sales of Pringles and Eggo frozen waffles, as well as growing demand in emerging markets, helped to lift The Kellogg Company’s sales in its first quarter.

Kellogg's revenue rose 4.7% to $3.4bn in its first quarter, helped by the company’s $600mn acquisition of protein bar maker RXBAR.

The food manufacturing company said it had made progress with its Special K brand and other cereals but that sales at its US morning foods division still fell 2.4% as Americans opt for less cereal and seemingly healthier alternatives

To combat this, the company said it will continue to invest in health-orientated cereals.

According to research from Mintel 43% US cereal consumers eat cereal as a snack or dessert at home.

To tap into this Kelloggs, the firm which makes brands such as Frosted Flakes, Rice Krispies and Pop-Tarts - said that it is also going to invest in its more indulgent brands.

Like many food and beverage firms, Kellogg’s has also faced increasing trucking costs and rising prices for some ingredients.

“There are three elements I'd like to emphasize,” noted Chief Executive Steve Cahillane, who joined the company last October.

“First, returning to top line growth is a priority for us, and it's gratifying to see so much of our portfolio showing improvement. Our on-trend Frozen Foods business has accelerated its strong growth.

“Second, we're on track to achieve our full-year guidance,” he continued. “ We got off to a strong start in every metric. Our net sales grew ahead of our expected full-year pace. We also improved our operating profit margin.

“And third, we continue to make exciting progress on reshaping our portfolio. Parati, the company we acquired in Brazil at the end of 2016, sustained its strong growth in the first quarter, and it's enabling us to pursue additional revenue and cost synergies in Brazil and South America.

“RXBAR, acquired in late 2017, also sustained its exceptional growth in the first quarter, expanding its distribution and now expanding its product line as well.

“We've got a lot of work to do, but we're making progress,” he added.