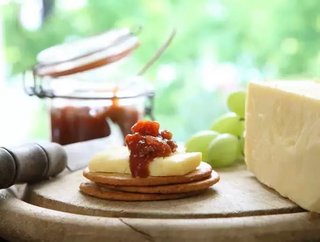 British dairy company Dairy Crest has announced that it plans to invest £85mn ($113mn) to expand its cheese production. The company behind brands such...

British dairy company Dairy Crest has announced that it plans to invest £85mn ($113mn) to expand its cheese production.

The company behind brands such as Cathedral City and Davidstow said that the investment will help it meet growing demand for cheddar in international markets such as China.

Last year, the UK “everyday cheese market” grew 2% in volume according to data from Kantar Worldwide.

Dairy Crest said that the investment at its Davidstow factory in Cornwall will increase annual cheese production from 54,000 tonnes to up to 77,000 tonnes.

The expansion will also include investments in new technology, machinery and the establishment of a self-sufficient water supply.

Additionally, around £10mn is expected to be spent to help increase the use of recyclable packaging at the firm.

The company said that the investment would be partly funded by the sale of £70mn ($93.4mn) new shares.

In a press release, the British company also reported a 10% overall rise in revenue to $457mn ($610mn) for the year to March.

Cathedral City cheddar was cited as a key driver of growth, with Dairy Crest noting that it was a“found in more than half of all fridges across the country.”

CEO Mark Allen was optimistic about the company’s future noting that it had been a “year of considerable progress” in which Dairy Crest overcame “unprecedented cost inflation in the butters market.”

“Our brands are in good shape. Cathedral City has had a good year growing value, volume and market share, and we see plenty of room for further growth for this industry-leading brand,” he said.

He added that the expansion was “great news for the local area” and would provide jobs and uncertainty for dairy farmers and employees.