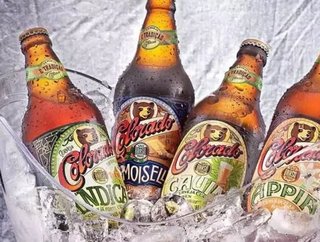 According to Reuters, Ambev acquired Cervejaria Colorado for an undisclosed sum—but judging by the brewery’s history of profits and creative brews, it seems safe to assume that Colorado had some significant value attached:

Colorado is based in the interior of Brazil's Sao Paulo state and exports its beers, often flavored with coffee, honey or nuts, to France and the United States. The brewer, which was founded in 1996 by businessman Marcelo Carneiro, had revenue of about 19 million reais ($5.96 million) last year, according to analysts.

For major global brewing companies, acquisition has been the name of the game to capture a piece of the growing market share that craft breweries have been rapidly taking over in recent years. AB InBev has made this a policy, as have major competitors like SABMiller who just recently picked up UK-based craft outfit Meantime Brewing Co.  So it’s no surprise that this isn’t Ambev SA’s first craft brewery acquisition either:

According to beer bloggers, this is a promising sign that craft beer is picking up steam as an industry in Brazil and the increased distribution that deal would bring could potentially expose many more Brazilian beer drinkers to the wider variety of beer options out there. If this is the outcome, it could spell a promising future for Colorado and Brazilian beer geeks—and of course for Ambev.