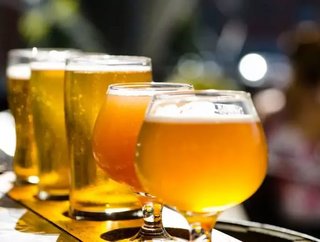 International Breweries, a subsidiary of AB InBev, is set to open a new $250mn brewery in Sagamu, Ogun State, Nigeria. The site — which is thought to...

International Breweries, a subsidiary of AB InBev, is set to open a new $250mn brewery in Sagamu, Ogun State, Nigeria.

The site — which is thought to be the company’s largest African brewery outside of South Africa — is to be inaugurated by Nigerian president Muhammadu Buhari.

Producing beer brands such as Trophy and Hero, the new plant will be the company’s fourth brewery in Nigeria, following its facilities in Ilesa, Onitsha and Port Harcourt.

International Breweries managing director, Annabelle Degroot, said that the plant is a major step towards its goal of producing high-quality drinks locally.

“International Breweries Plc is a brand that places a premium on quality,” she said.

“Bearing this in mind, we will spare no expense or effort in ensuring that Nigerians are treated to the best traditions in brewing, with outstanding recipes, superior ingredients, innovation and world-class techniques.

“The outcome is to ensure satisfaction and enjoyment for our consumers.”

The brewer said that the about 90% of the company’s raw materials will be sourced locally and that it has already employed approximately 300 staff.

Located on the Sagamu-Abeokuta Expressway, the new facility aims to have the capacity to produce nearly two million hectolitres of beer per litre, with scope for future expansion.