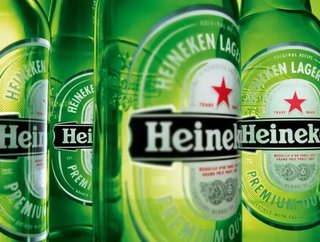 Heineken NV is set to buy a $3.1bn stake in the parent of China’s largest brewer, China Resources Beer Holdings, as it takes on its rival AB InBev in...

Heineken NV is set to buy a $3.1bn stake in the parent of China’s largest brewer, China Resources Beer Holdings, as it takes on its rival AB InBev in the country.

Through the agreement, the Dutch brewer will gain a 40% stake in the firm, a strong distribution network in China, and greater access to what is the world’s largest beer market.

Heineken CEO and Chairman of the Executive Board, Jean-François van Boxmeer, said: "We very much look forward to joining forces with CRE and CR Beer, the undisputed market leader in China.

“We believe that our strong Heineken brand and marketing capabilities, combined with CR Beer's deep understanding of the local market, its scale and best-in-class distribution network will create a winning combination in the growing premium beer segment in China.”

The premium category has grown by double digits annually since at least 2012, according to data from Euromonitor, driven by the country’s rapidly growing middle class.

Through the deal, China Resources Beer — maker of the country’s best-selling Snow beer brand — will gain exclusive rights to use Heineken brands in mainland China, Hong Kong and Macau.

“With Heineken’s long heritage and world-class iconic brand portfolio, along with our leading presence and deep understanding of China, we believe we can win together in this new era of the Chinese beer market, in which the premium segment will become increasingly important,” said Chen Lang, the chairman of China Resources Enterprise.