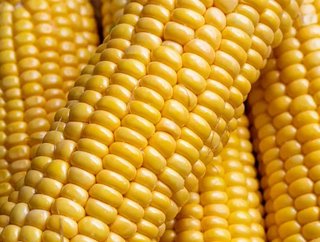 As China battles food waste, Chinese agritech has progressed to a new level with corn

One herbicide resistant (Gt) variety has completed its final trial and is pending final approval.  Under the agricultural regulations in China, both the GMO traits and the hybrid corn varieties require government approval before the seed can be sold commercially.  In general, the government hybrid variety trials take two years to completion.

Origin Agritech Limited was founded in 1997 and is headquartered in the Life Science Park, in Beijing. In crop seed biotechnologies, Origin Agritech's phytase corn was the first transgenic corn to receive the Bio-Safety Certificate from China's Ministry of Agriculture. Over the years, Origin has established a robust biotechnology seed pipeline including products with glyphosate tolerance and pest resistance (Bt) traits.

"We are very excited by the progresses we are making in the approval process of our hybrid corn varieties”, said Dr. Gengchen Han, Origin's Chairman. “This further shows the importance of our corn seed germplasms in bringing GMO corn to the commercial markets, which will give us production ready product lines once our GMO technology receives regulatory approval."

It is estimated that the world wastes up to 1.3bn tonnes of food per year, from overeating, overcooking or from letting food go off. Chinese President Xi Jinping has described food waste as a “distressing” issue and the country is taking food waste seriously. It has put laws into place to stop excessive eating, by banning:

Breaking these laws is punishable by a fine.

As previously reported in Food Digital, many food tech startups have developed devices to help combat food waste - from robotics which can process foods faster than by human labour, to AI which can internally scan fruit and vegetables.

Through agritech and human effort, the level of food waste can be decreased