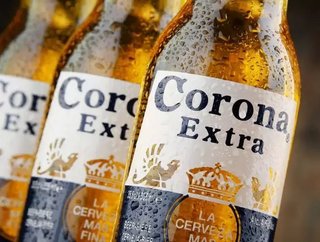 Mexican beer maker Grupo Modelo, a unit of global beer giant Anheuser-Busch InBev, has said that it plans to pay 14 billion Mexican pesos (US$755 million) to build a brewing and bottling plant in the city of Alpan, Hidalgo.

With operations expected to begin in March 2019, the brewery will have the annual capacity to produce about 320 million gallons of beer every year or about nine million bottles of beer a day, according to Grupo Modelo Chief Executive Mauricio Leyva.

The Mexican beer producer, which owns brands such as Corona, Pacifico, and Victoria, will create what is thought to be the second largest brewery in the world in terms of production and volume.

"It fills us with pride to say we will continue brewing all of Grupo Modelo's beers here in Mexico.

"We are very happy to invest and to grow in the state of Hidalgo."

Founded in 1925, Grupo Modelo has 16 brands and a presence spanning 180 countries.

Levya said that the expansion comes as a response to increasing domestic and export demand for Corona and “the entire Mexican portfolio.”