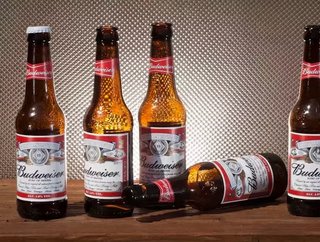 AB InBevhas predicted faster sales growth for the rest of the year as the FIFA World Cup, the world’s most-watched sporting event, approaches. The wo...

AB InBev has predicted faster sales growth for the rest of the year as the FIFA World Cup, the world’s most-watched sporting event, approaches.

The world’s largest brewer which produces beers such as Budweiser, Stella Artois and Corona, reported better-than-expected earnings growth of 6.6% in its first-quarter, after strong earnings in Latin America offset weakness in the US at the start of 2018.

Budweiser revenues slipped by 1.3%, driven by a decline in the US. However, its revenues grew 2.5% outside of the US driven by strong growth in Brazil, Paraguay, India and South Korea.

Stella Artois revenues grew by 12.3%, with strong performances in Argentina and the UK and Corona also had another great quarter, with overall revenue growing 25.1%.

In the United States, volume decline and a rise in the price of hedging aluminium led to a profit decline.

AB InBev said that it was optimistic about Budweiser’s performance, highlighting that it is the Official Beer of the FIFA World Cup which is set to take place in Russia across June and July.

Today, Budweiser launched one of its largest-ever marketing campaigns to help accelerate the brand’s growth.

“As the most watched sporting event on the planet, the FIFA World Cup is the ultimate opportunity for Budweiser, the world’s most enjoyed beer, to connect with billions of passionate football fans globally,” said Miguel Patricio, CMO, Anheuser-Busch InBev.

“Our campaign is the largest in our company’s history, and it demonstrates how we are bringing together fans from around the world over beer and their shared passion for football.”

Chief Financial Officer Felipe Dutre noted that AB InBev was confident that the company would return to volume growth in Brazil, it’s second-biggest market, thanks to its sponsorship of the World Cup.

He added that the event could boost annual volumes in Brazil and Argentine by between 0.5 to 1 percentage point as football matches tend to boost beer drinking on what is normally quieter days.

AB InBev bought brewing behemoth SABMiller for £79mn in 2017 in what as the industry’s largest-ever deal. The US firm said it has cost savings of $160mn related to the purchase in its first quarter.