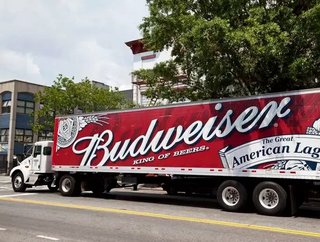 The world's biggest brewer Anheuser-Busch InBev is replacing the head of its North America business as the company aims to drive top line growth. Miche...

The world's biggest brewer Anheuser-Busch InBev is replacing the head of its North America business as the company aims to drive top line growth.

Michel Doukeris will replace Joao Castro Neves as CEO of Anheuser-Busch and Zone President North America effective as of 1 January 2018.

One of AB InBev’s staples Bud Light has the highest market share of any domestic beer, accounting for 18.4% of sales, according to Statistica.

However, the brewery giant has sold less beer in North America over the past three years with a recent 6.2% drop in its third quarter this year.

The results come as consumers in the US consumers are increasingly shifting towards craft beers, wines. Spirits and Mexican imports rather than AB InBev’s mainstream lagers such as Budweiser and Bud Light.

The beer giant has been attempted to regain its market share, which has slipped from 19% to 16% since 2010.

First joining the company in 1996, Dourkeis worked in several sales positions before becoming president of AB InBev China and then Zone President of Asia Pacific.

“The U.S. is our most important market and we recognize the need to continue to focus on driving topline growth across our portfolio,” said Carlos Brito, CEO of AB InBev.

“Michel has extensive experience delivering results for our business worldwide, including helping to grow Budweiser globally and launching The High End business strategy, which now represents [$5 billion] of sales."

The beer maker is currently undergoing a period of integration following a mega-merger between SAB Miller and Anheuser-Busch InBev.

It is likely that Doukeris is also looking for new ways to diversify the company's products and utilised M&A opportunities.