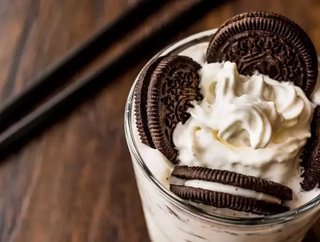 MondelezInternational has announced that it has appointed Clive Jones as President of its Northern European division. In his role, Jones will be respon...

Mondelez International has announced that it has appointed Clive Jones as President of its Northern European division.

In his role, Jones will be responsible for Mondelez International’s operations in the UK, Ireland, Norway, Sweden, Finland and Denmark.

Jones joined Mondelez International in 2018 as President of the firm’s gum, candy, beverages, and meals division in the Asia Pacific, Middle East and Africa (AMEA).

In this role, Mondelez International said Jones helped to “drive both market share and growth across 15 different markets.”

Prior to joining the firm, Jones spent 16 years at PepsiCo, most recently serving as it Vice President of Snacks for Asia Pacific.

Speaking of his appointment, Jones said: “I’m excited and privileged to have the opportunity to lead one of Northern Europe’s largest, and most admired, food companies, which is home to some of the most loved and iconic brands in the world including Cadbury.

“This business has delivered strong, profitable, growth in recent years, investing in our brands, colleagues, and operations while responding to changing consumer expectations and a dynamic policy environment.

“I’m looking forward to building on this success, unlocking further sales growth and ensuring Mondelez is a great place to work and is making a positive impact on the communities we work in.”

Jones replaces Glenn Canton who is set to take on a  new role at Mondelez International as President of Chocolate, AMEA.