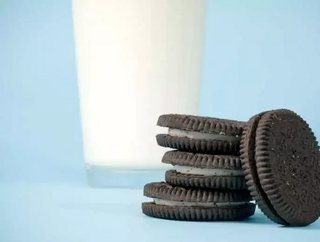 Mondelez International has announced that it is going to expand its global cocoa sustainability programme, Cocoa Life, in Brazil. Through the programme...

Mondelez International has announced that it is going to expand its global cocoa sustainability programme, Cocoa Life, in Brazil.

The initiative has already been successfully rolled-out in five major countries including Ghana, Côte d’Ivoire, Indonesia, India and the Dominican Republic.

Christine Montenegro McGrath, Chief of Sustainability & Well-being said: “Cocoa Life has already made a significant impact in West African cocoa farming communities and we expect it will do the same in Brazil.

“In addition, the program will also look at contributing to the preservation of the Amazon rainforest and to the community development.”

Mondelez International says it has supported coca production in Brazil since 2014.

Through the Coca Life initiative, the snack company says it will invest around $200,000 per year in the state of Pará over the next three years to empower coca farmers and cocoa communities.

Elsewhere, in Bahia, Coca Life will provide guidance on the latest techniques in farm rejuvenation and agricultural practices to improve yields and the quality of cocoa produced as well as to mitigate environmental impact.

The cocoa produced will be a key part of Mondelez International’s supply chain for its Lacta chocolate portfolio.

The cocoa sustainability initiative is the result of a partnership with The Nature Conservancy (TNC) and its ‘Forest Cocoa’ project.

“The partnership with Cocoa Life brings a new perspective to expand our efforts,” says Rodrigo Freire, Vice-Coordinator of Restoration for TNC in Brazil.

“Indeed, the Pará region, which had one of the highest rates of deforestation in Brazil, has the potential to become an example of sustainable development and restoration in the Amazon Rainforest.”