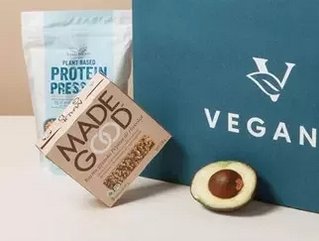 Vancouver-based food tech startup Vegano has created a fully integrated vegan marketplace, including everything from plant-based milk and cheese to vegan protein powder, with products from brands such as Bob's Red Mill, Earth's Own, and The Very Good Butchers.

Founded in March of 2020, Vegano is primarily a vegan meal-kit delivery service which uses ingredients sourced from local farmers. The company operates in Vancouver and is set to expand to Toronto, Montreal, and Los Angeles, with plans to increase the number of products in its marketplace to 10,000 by 2022.

Vegano made headlines in the tech community after closing an oversubscribed Series-A funding round back in February. The funds are being used to scale the company, with a focus on:

Vegano plans to introduce its own branded products line to the marketplace at the end of this year, with the help of local farmers and producers.

Growth in market for vegan food

Vegano has experienced a 150% growth in sales since its launch in January of this year and has delivered nearly 5,000 meals across Vancouver, as well as Squamish and Whistler.

The Coronavirus pandemic, which started in a meat market, has caused many to reconsider their diets. Data collected from Google shows a 113% rise in vegan-related searches in Canada since 2016, with vegan recipe searches up 25% in 2020.

"The pandemic has shown us how challenging it can be for people to prepare easy vegan meals at home", said Conor Power, the Founder and CEO of Vegano Foods. "Our customer base has grown significantly over the last four months, and we're happy to have received such a positive response from our meal-kit subscribers. By expanding our product offering to include plant-based CPG, we are quickly adapting to the customer demand, making us a one-stop shop for vegan food needs."