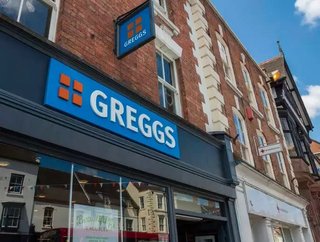 Prolific UK high street baker Greggs posted sales of £453mn in its latest quarter, an increase of 7.3% and the 15th consecutive quarter where revenue h...

Prolific UK high street baker Greggs posted sales of £453mn in its latest quarter, an increase of 7.3% and the 15th consecutive quarter where revenue has grown.

The company’s profits also rose by 1.8% to £27.6mn, with much of this increasing success being attributed to a more balanced breakfast offering.

In the first half of the year, Greggs opened a net of 42 stores, with 19 being closed. Another 40 or so are expected to be opened over the remainder of the year.

Commenting on the results, Greggs CEO Roger Whiteside told foodmanufacture.co.uk: “The business has traded in line with our plans during the first half of the year. We have made good progress with our strategic plans and remain confident of future prospects although we remain alert to short-term pressures on consumers’ disposable income.”

Greggs currently has more than 1,800 stores spread across the UK. Earlier this year, Greggs was awarded the Food to Go Retailer of the Year at the Grocer Gold Awards, beating off strong competition from the likes of Blakemore Retail, Co-op, Itsu and Morrisons.

Whiteside was also recently commended as an Agent of Change for challenging the status quo and promoting gender equality in workplaces by The Women’s Business Council and Management Today.