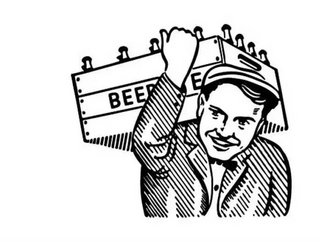 From Seamless and GrubHub for hot meals to Lyft and Uber for transportation, this generation is all about apps that conveniently bring whatever you need...

From Seamless and GrubHub for hot meals to Lyft and Uber for transportation, this generation is all about apps that conveniently bring whatever you need right to your doorstep. But do we need an app that brings Bud Light to your door in 60 minutes? AB InBev supposes that you do, with the launch of the Bud Light Button app.

So far the Bud Light Button, launched late last week, will only bring you beer if you happen to live in the Washington DC area—this is primarily because Bud Light partnered with DC-based alcohol delivery startup Klink to expedite orders made on the app. Since Klink is in DC, Bud Light Button users must also be in DC as a matter of simple logistics. But if you happen to reside in the right place at this right time, a simple button tap will summon 10-packs or 24-packs of Bud Light straight to you within an hour of ordering. Consumers will be able to order up to 100 cases at a time, ensuring that their party will never have to end because of a lack of Bud Light up for grabs.

To promote the app, Bud Light is appealing to young consumers and a “whatever happens” sense of spontaneity that might lead consumers to re-up on beer through an app for a party that has grown beyond expectations:

According to a Wall Street Journal profile, this experiment is also the brainchild of AB InBev’s Palo Alto-based “Beer Garage” collective, a Millennial-minded division of the company focused on using e-commerce options to appeal to younger consumers. From the picture painted by the WSJ piece, AB InBev could have plans to take this idea nationwide or even global if the appeal is there—the piece quotes Anheuser-Busch VP of Consumer Connections Lucas Herscovici as anticipating that beer delivery via e-commerce will be big moving into the future.

But will it ultimately catch on, or will the novelty aspect of beer delivery wear out? While there are certainly beneficial aspects of the business model (ordering beer for delivery on a delivery app is an infinitely better option than sending tipsy partygoers out to the grocery or liquor store on a beer run), it’s also important that the app is handled with care and that consumers don’t fall prey to the same pitfalls that make apps like Uber so dangerous—like, for example, keeping an eye on consumers and ensuring that no one wakes up the day after their raging party to find out that they actually did order the 100-case limit beyond their means. But if users and providers stay responsible, and if the interest is there, perhaps we’ll see AB InBev rolling out this service in more areas (and even across more brands) in the future.