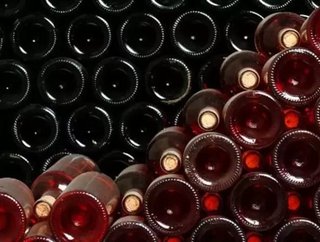 A 6.0 earthquake hit Californias Bay Area on Sunday, hitting one of its major industries hard. The earthquake was centered in Napa Valley, the heart of...

A 6.0 earthquake hit California’s Bay Area on Sunday, hitting one of its major industries hard. The earthquake was centered in Napa Valley, the heart of California’s wine country. Producers and retailers in the multi-billion dollar industry are reporting some serious losses in the earthquake’s aftermath.

One of the biggest stories being reported on the subject revolves around Napa’s Silver Oak Winery, which lost hundreds of bottles of wine that crashed to the floor of the wine cellar at the winery’s headquarters. Silver Oak CEO David Duncan posted photos of the damage to Twitter, noting that the loss included some unique blends that the winery considered priceless.

But Silver Oak was far from the only wine-related business to experience losses. Wineries and retailers alike suffered losses from fragile inventory slipping off shelves, while Napa Valley wineries were not able to host visitors at tasting rooms due to danger and power outages – a loss at any time, but especially in the middle of peak season summer months.

According to a spokesperson for the trade association Napa Valley Vintners, who spoke to NBC about the earthquake, the area is still in crisis mode and hasn’t yet assessed what the damage is in total:

“We are coming into a busy time of year, but again, we don’t know what the impact of this is,” Patsy McGaughy, the group's communications director, said. “It's just too soon to tell how this may impact not only the wine industry but also tourism."

Still, producers and retailers are optimistic that the impact will not be severe and are working to get back to normal as soon as possible.