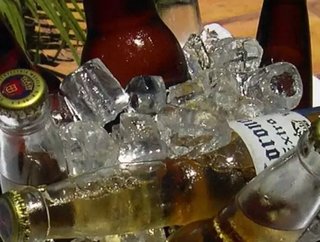 Anheuser-Busch InBev is always finding new ways to grow, both overall as a corporation and in smaller measures through the growth of all of its individu...

Anheuser-Busch InBev is always finding new ways to grow, both overall as a corporation and in smaller measures through the growth of all of its individual parts and pieces.  One of its larger parts and pieces is Grupo Modelo, the Corona manufacturing subsidiary that AB InBev succeeded in acquiring just a few years ago. That subsidiary is now growing even further, with the announcement that Grupo Model is investing 5 billion pesos (approximately $328 million USD) in the construction of a new brewery and can production plant in Yucatán, Mexico.

As beverage blog Brewbound reports, the news that Grupo Modelo (and by extension AB InBev) is investing in growth in Yucatán is not news per se—the subsidiary announced in January that it would be investing around 2.2 billion pesos (approximately $147 million USD) in the construction of a new brewery in the Hunucmá municipality of Yucatán. The reasoning for this construction was quite clear: according to reports from Reuters, the new brewery would provide Grupo Modelo with a more than 8 percent boost in production capability.

Now the latest announcement this week has Grupo Modelo delving even further into this construction site, investing an additional 2.8 billion pesos into the addition of an adjacent canning facility capable of producing 1 billion cans per year for the company. Why add a canning component to construction in the Yucatán? It’s simple: vertical integration and self-reliance. At the moment, it’s reported that Grupo Modelo imports cans from elsewhere to supply its production facilities.

RELATED TOPIC: Is the UK beer industry on the rebound?

As the reports indicate, this new facility would allow Grupo Modelo to not only stop importing its cans, but would also give it the capability to start exporting its own cans as a supplier to other breweries in need. It’s a sizeable investment up front, but one that will save Grupo Model (and AB InBev) money—and even make it money further down the line.

Grupo Modelo plans to start construction on both the production plant and can manufacturing facility later this year.