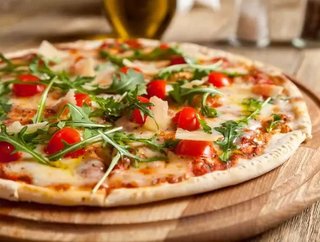 Pizza Express has announced 50 of its restaurants are to be converted into live music and entertainment venues after appearances from acts such as Goldi...

Pizza Express has announced 50 of its restaurants are to be converted into live music and entertainment venues after appearances from acts such as Goldie proved a positive way to boost foot traffic.

The renovation comes during crunch in the casual dining sector, as a list of chains such as Bryon and Jamie’s Italian has gone through restructuring and closed sites in order to stay afloat.

The growth of delivery companies such as Deilveroo and UberEats has also caused a flux in the casual dining sector which Pizza Express hopes to counteract.

The UK pizza chain is now reviewing sites which have multiple floors to decide how it may serve as a music venue, according to a report by The Guardian.

The company’s acoustic live music nights will also be expanded to drive customers to the sites.

The chain first launched PizzaExpress Live in June last year and it currently has five venues including one in Maidstone, which has hosted music for 20 years, and the Pheasantry in Chelsea, London.

Last August, the casual dining pizza chain reported a recovery in its UK sales despite the rising cost burden of running restaurants.

In the first half of 2017, Pizza Express noted that the group’s turnover continued to rise growing 9.1% to £260.7mn whilst UK and Ireland like-for-like growth rose 1.3%.

Speaking of the financial results, Jinlong Wang, Chief Executive Officer of PizzaExpress said: “With the casual dining sector in the UK facing cost headwinds, we have also been identifying ways to develop and diversify our business,” he said. “In June, we launched PizzaExpress Live, which gives consumers the PizzaExpress dining experience in our restaurants, combined with live music and other entertainment. We have also continued to develop our retail range, including launching our lighter Leggera range in Waitrose.

He added: “In addition, we have benefited from our investment in new technology; we rolled out a new point of sale system to help teams and customers and developed an award-winning Facebook chatbot that allows customers to make bookings over Facebook messenger. Beyond this, we see further opportunities to leverage technology to drive sales and enhance productivity.”