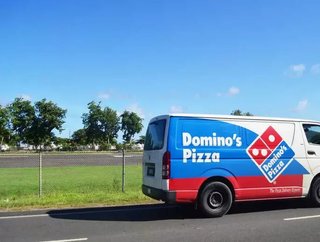 Domino’s Pizza Group revealed that its shares surged by 21% in its third quarter compared with a year earlier after the company delivered a strong ris...

Domino’s Pizza Group revealed that its shares surged by 21% in its third quarter compared with a year earlier after the company delivered a strong rise in sales particularly in the UK and Europe.

The pizza company, which operates locations in the UK and Ireland as well as Iceland, Norway Sweden and Switzerland, announced a growth in sales by 20.8% to GBP£286.4mn.

The UK’s biggest pizza delivery firm said that its UK sales saw a boost of 8.1% at stores that were open for more than a year, whilst online orders in the UK rose by 17.4%.

The UK growth comes as Domino’s Pizza Group reached a major landmark in the Group’s history, opening its 1,000th store in the country,

Meanwhile, in the rest of Europe, sales reportedly rose by 25% to GBP£24.8mn.

The company cited the opening of new stores and quirky additions to its menu including chocolate-covered pizzas as the reason for its growth.

The company expects full-year capital expenditure to be in the lower end of the GBP$50mn-GBP£60mn range and for pre-tax profit to be at least in line with current market expectations.

The company said it would open 90 new stores in the UK this year, saying that there was a strong demand for delivered food in the UK despite the uncertain consumer environment.