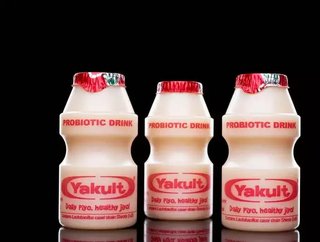 French food group, Danone is to sell two-thirds of its stake in Japanese probiotic drink maker Yakult, in a bit to boost shareholder returns and cut its...

French food group, Danone is to sell two-thirds of its stake in Japanese probiotic drink maker Yakult, in a bit to boost shareholder returns and cut its debt.

The maker of Actimel and Evian bottled water has come under increasing pressure from shareholders who say they should be producing better returns.

It said it would sell around 14% of Yakult, equating to two-thirds of its shares in what it described as “disciplined capital allocation.”

The holding to be sold has a market value of about EU€1.43bn.

Following the announcement, shares in Yakult Honsha Co. fell the most it has done in over 19 months.

Danone has lagged behind some of its competitors in recent years, largely driven by its weakness in the European dairy business.

“Danone’s capital discipline has historically been a long way short of ideal,” he said. “Whether this is a voluntary move by Danone or not, it’s pushing them in the direction of greater financial discipline and this can only be a good thing.”

Japanese-based Yakult said that it would maintain a good relationship with Danone despite the sale.

“The company expects that this secondary offering of shares will strengthen shareholder returns, diversify shareholders and enhance the liquidity of the shares,” it said in a statement.