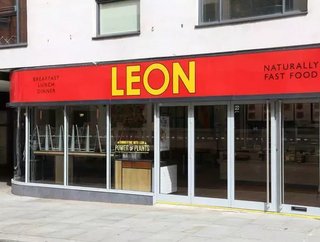 Healthy fast-food chain Leon reported a record year in 2016 as sales rose by 58% and revenue exceeded the GBP£50mn mark for the first time. The brand...

Healthy fast-food chain Leon reported a record year in 2016 as sales rose by 58% and revenue exceeded the GBP£50mn mark for the first time.

The brand, which is known for dishes such as falafel wraps and mushroom burger,s announced that its sales rose to GBP£58.4mn in the year until 25 December 2016.

The rise in revenue comes despite like-for-like sales edging down from 7.8pc to 7.6pc during the period.

During the year, Leon opened 10 restaurants and now has locations in London, Manchester, Oxford and Cambridge as well as two in the Netherlands.

It also plans to open its first American outlet in Washington DC in the spring, after raising $25mn from private equity firm GP Investments.

CEO and co-founder, John Vincent said: “I was happy with our performance in 2016. To grow our same-store sales by more than 7% for the fourth year was encouraging.

“The huge rates increases have been crippling. The government needs to get out of its self-satisfied bubble and realise what it is doing to what was previously a flourishing sector.”

Founded in 2004 by John Vincent, Henry Dimbleby and chef Allegra McEvedy, Leon now has 52 restaurants including its franchises and it employs 680 members of staff.