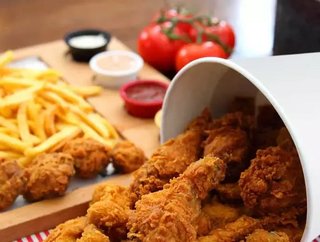 Philippine fast-food company, Jollibee Food Corporation, is set to embark on its one of its most aggressive store expansion programmes yet, with plans t...

Philippine fast-food company, Jollibee Food Corporation, is set to embark on its one of its most aggressive store expansion programmes yet, with plans to open up to new 500 new stores this year, according to senior executives.

The Manilla-listed company said it will enter new markets including Malaysia, Indonesia, UK and UAE as it looks to expand its international operations.

It’s also keeping an eye out for potential mergers and acquisitions overseas.

Boasting annual sales of around $3.4bn, Jollibee also said in a that it was keen to add Mexican food to its US portfolio either through an acquisition or joint venture.

The CEO of Jollibee, Ernesto Tanmantiong, said that a budget of $131mn has been set aside for the cost of the expansion plan, according to ABS CBN News.

In May, Jollibee had 4,239 stores across 21 territories and 12 brands. The Philippine firm's portfolio includes Smashburger in the US, Highlands Coffee and Pho24 in Vietnam as well as Dunkin' Donuts in some Chinese territories.

Jolibee's plan to open 500 new stores in 2018 will represent the highest number of store openings in a single hear throughout its history.

“The launch of the new restaurants is driven by strong demand from customers, thereby bringing the brand closer, not only to the larger Filipino community present in the country, but also to several other nationalities, which we hope will now have the opportunity to experience a new culinary delight,” Jollibee UAE CEO, Hisham Al Gurg, told Gulf Business.

“We remain dedicated to supporting the growth of the F&B sector, particularly the quick service restaurants segment in the country, with the launch of several additional restaurants over the coming years.”

“The business had shown resilience in the past and we expect it to continue to do so. We expect revenues and profit to continue to at least sustain its historical growth rates in 2018 and in the years ahead”, he added.