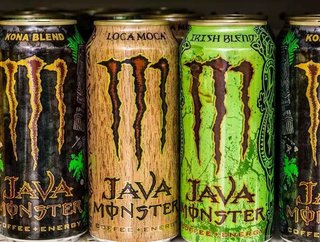 Monster Beverages reported more than $1bn in net sales during its third quarter, as the energy drink maker expanded its footprint internationally. Mons...

Monster Beverages reported more than $1bn in net sales during its third quarter, as the energy drink maker expanded its footprint internationally.

The energy drink maker said it has expanded the distribution of Monster Energy to 40 of the largest cities in India and that its products are now distributed in 75% of the country.

The American firm expects to distribute its drinks nationally by the end of 2018.

On top of this, Monster Beverages said that it launched its Monster Energy brand in Ecuador and Ukraine and that it plans further international launches in 2018 and 2019.

Mutant energy, one of the firms affordable energy brands, was launched in Myanmar and Vietnam in the third quarter.

Rodney Sacks, Chairman and Chief Executive Officer, said: “We are pleased to report record third quarter net sales of more than $1.0 billion, further demonstrating the strength of our brands.

“We continue to make progress in our strategic alignment with Coca-Cola system bottlers and have now fully transitioned Monster Energy® from our former Anheuser-Busch distributors to Coca-Cola bottlers in the United States.

“In the third quarter of 2018, we transitioned Monster Energy® in the remainder of Arkansas."