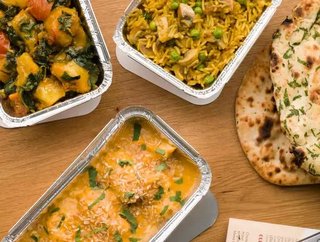 Online takeaway company Just Eat delivered a strong start to the year reporting that revenues rose 49% during its first quarter.

Strong order growth and more high-value delivery orders were credited for the upbeat results as the group posted £177mn in revenue in the first three months of the year.

The takeaway delivery operator said that UK orders rose 24% to £29.7mn during its first quarter, noting that it processed its 400 millionth British order yesterday.

UK orders were lifted by the firm’s acquisition of rival Hungryhouse in January, which added an extra 1 percentage point to UK order growth, according to the company.

The firm also reported strong growth abroad noting that international orders were up 46% to £21.9mn.

Just Eat said that this was driven by continued triple-digit growth in Canada and strong performances in Italy and Spain which offset “softness” in Australia.

“Just Eat has had a strong start to the year,” commented Peter Plumb, CEO. “We delivered our 400 millionth order in the UK, grew well in Italy and Spain, whilst powering continued momentum in our Canadian delivery service SkipTheDishes.

“I’d like to welcome all our important new Restaurant Partners to the Just Eat family, including those from our successful recent acquisition of Hungryhouse.”

Just Eat was the top rise on the FTSE 100 index, with its shares up more than 4%.

In March, Just Eat announced that it was investing £50mn in developing its own delivery service which has helped to boost its margins.