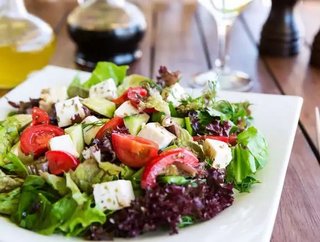 The GCC food services sector is headed for continued growth and is expected to hit a value of US$29.3bn by 2020, according to a report issued by Al Masa...

The GCC food services sector is headed for continued growth and is expected to hit a value of US$29.3bn by 2020, according to a report issued by Al Masah.

The Gulf food services market is expected to grow at an annual rate of 8%, driven by a growing population and tourism sector, an increase in disposable income and changing consumer habits.

Despite sluggish economic conditions, the report said that the increase in demand will come about primarily due to a ballooning middle class and the growth of international and local brands in the region.

The GCC is projected to build a strong brand identity in the food services space, with the region’s overall consumption expected to have reached 48.1mn metric tonnes in 2016.

The report by Al Masah Capital noted that despite an economic slowdown in the GCC, private equity players have increased their investment in the food services sector as the oil industry witnessed volatile and declining oil prices in 2014.

Al Masah pointed out that the fast food segment grew by 7.4%, followed by the full-service restaurant segment, which grew by 6%.

Sales in the cafes and bakery segments remained subdued, with an annual growth rate of 7.5% between 2012 and 2016

In areas such as the UAE and Saudi Arabia particularly, governments are heavily investing in the hotel and retail spaces,  which will turn the region into a hub for hospitality brands. In turn, it is thought that this will have a positive effect on the food services sector.

The report notes that trends such as an increasing demand for healthy and organic food are likely to accelerate growth in the food sector.