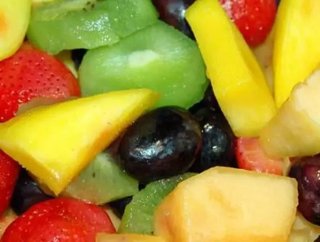 Does fresh produce grown in Europe have a future overseas? Centro Servizi Ortofrutticoli (CSO) believes that the answer to this question is yes. Three m...

Does fresh produce grown in Europe have a future overseas? Centro Servizi Ortofrutticoli (CSO) believes that the answer to this question is yes. Three months ago, Italy-based fruit and vegetable trade organization launched its “Freshness from Europe” campaign to promote fruit consumption and worldwide exporting. At the PMA Fresh Summit in Atlanta this weekend, CSO revealed its campaign in the United States for the first time and is now celebrating its success.

The “Freshness from Europe” campaign is a three-year campaign, planned through July 2018, jointly funded by CSO as well as the European Union and the Italian government. The project aims to promote global consumption and export of Europe-grown fruits like apples, pears, and kiwis and increase trade with countries like the United States, Canada, the United Arab Emirates, China and Japan. Freshness from Europe’s appearance at PMA Fresh Summit marked its first major campaign initiative. According to a press release from the campaign, several European fruit and vegetable producers participated including:

“The Freshness booth met the approval of industry professionals and the media, in light of the fact that this European initiative is promoting values such as quality, traceability and the guaranteed origins of products,” reads a press release from CSO. “This system of production, supported by the European authorities, and unique in the world in terms of certifying quality and provenance, is also to be found in Italy, where it is right at home thanks to the country’s time-honored agricultural heritage and culture.”