China cracks down on food safety and regulations for imported food 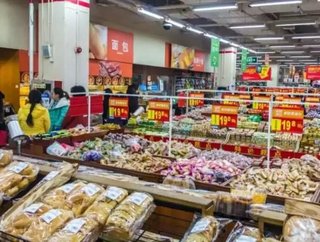 Food safety is a critical issue for the food processing and manufacturing industry&mdash;when regulations are lax and problems seep through, the results...

Food safety is a critical issue for the food processing and manufacturing industry—when regulations are lax and problems seep through, the results can be damaging to public health and commerce alike.

China has a long history of wrestling with food safety problems. The country is still reeling from the impact of several major food safety scandals, involving everything from recycled oil schemes and worm-infest rice at retail outlets to manufacturers supplying fast food chains like McDonald’s and KFC with rotten and contaminated meat.

"The administration will further improve safety regulation of imported food by setting up risk management and assessment systems and improving a whole-process surveillance mechanism," said Lin Wei—director of the Imported Food Safety Bureau of the General Administration of Quality Supervision, Inspection and Quarantine—according to a report from China-based news source Yibada.

By more strictly enforcing these regulations, China aims to improve its overall food safety and build trust among China’s consumers.

This may not be the main focus of food safety crackdowns in China. After all, the biggest scandals in China involving food safety had nothing to do with imported food, but with food manufactured domestically within China’s own borders.

But while focusing on domestic food safety is critical, it doesn’t have to be the only focus for China’s government. Consumer trust in food safety is at a dire low point in China, and food safety improvements must be undertaken wherever possible.

It’s important to acknowledge the fact that China’s middle class continues to grow and the concept of disposable income is far more commonplace for a growing number of Chinese consumers. As this happens, neighboring countries will only be seeking to further their trade partnerships with China and increasing their efforts to export convenience foods and luxury goods into China.

RELATED CONTENT: How can your business benefit from Asia’s impending consumption boom?

As more and more goods are imported into China, it is important to maintain a strong level of inspection and quality control for the sake of public health. With improvements to China’s food safety laws and standards, the country intends to do just that.