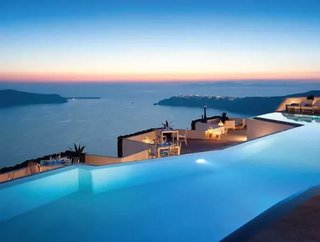 Luxury boutique hotel brand Grace Hotels has announced it plans to have 30 more hotels open or under development in the next ten years. Since it first...

Luxury boutique hotel brand Grace Hotels has announced it plans to have 30 more hotels open or under development in the next ten years.

Since it first launched in 2007, Grace Hotels portfolio now includes six hotels and five more currently under development, with locations in Santorini, Mykonos, Marrakech among others.

Tim Williams, who previously worked at Amam Group, has joined the company as group HR director and Mike O'Mahoney, who has around 25 years experience in the hospitality sector has been appointed as group finance director.

Wholly owned by the Libra Group, Grace Hotels has said it is going to optimise the company’s existing properties and will focus its expansion in the EMEA region and North America which are seen as key areas for growth.

The group has already begun talks to manage properties in Europe and the Caribbean and it has also worked to renovate some of its key properties such as The Grace Santorini, the Mayflower Grace and the White Barn Inn.

"Our strategy is to seek out outstanding, brand-consistent destinations, and curate culturally integrated authentic local properties as part of our continued commitment to further enriching our guests’ experience," said Mr Swade, speaking at the International Hotel Investment Forum in Berlin.