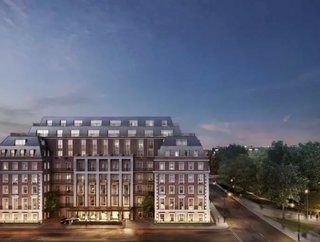 Luxury hotel company Four Seasons Hotels and Resorts has outlined its strategy for 2018, with a pipeline of more than 50 projects, including the company...

Luxury hotel company Four Seasons Hotels and Resorts has outlined its strategy for 2018, with a pipeline of more than 50 projects, including the company’s first standalone residential project.

Since entering the luxury real estate business in 1985, the company's portfolio has grown to include 38 properties in 17 countries and is set to double in the next five years.

This year will see the opening of Twenty Grosvenor Square, a Four Seasons Residence in London which will be the first standalone Four Seasons residential property.

As well as this, Four Seasons is set to open several hotels and resort openings in 2018, including a new hotel next to the Petronas Towers in Kuala Lumpur.

The luxury hotel company will also open its second hotel along with private residents in Bengaluru, one of India’s fastest growing cities, as well as its second resort in Seychelles on the Desroches Island.

Four Seasons is also set to open a new hotel in Philadelphia this year in what will be the city’s tallest building.

The Canadian-based company will also debut in Brazil with a new hotel and residences in São Paulo and in Greece with the conversion of the Astir Palace on the Athenian Riviera.

To support this expansion effort and the company’s growing residential business Four Seasons has also appointed Paul White to Residential President, reporting to the president of portfolio management and owner relations Michae Crawford.

“Paul and his team oversee what we project will be USD 10 billion in Four Seasons residential sales over the next five years,” says Crawford.

“Four Seasons is distinct in the market as we also manage our residential properties, thus ensuring world-class service for our homeowners. We are also the only brand with a dedicated residential team, a team that under Paul’s leadership will continue to evolve our offerings and provide owners with a luxury lifestyle experience that can only be found through Four Seasons.”