Embassy Suites by Hilton in Springfield sold for $68mn 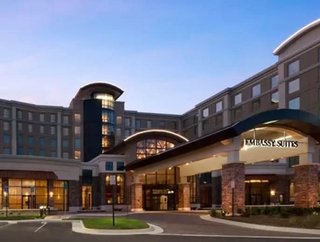 Chatham Lodging Trust has announced that it has acquired the 219-room Embassy Suites by Hilton in Springfield, Virginia, for US$68mn. Florida-based Cha...

Chatham Lodging Trust has announced that it has acquired the 219-room Embassy Suites by Hilton in Springfield, Virginia, for US$68mn.

Florida-based Chatham funded the purchase of the 219-room property with cash generated by the recent sale of 5 million shares, which raised about US$109mn.

“This is a superior-quality hotel that has been ranked the top hotel within the Embassy Suites brand each of the last two years,” said Jeffrey H. Fisher, Chatham’s chief executive officer and president.

Opened in August 2013, the Embassy Suites is a LEED-certified hotel that features 26 extended-stay suites with full kitchens, as well as several standard suites.

In a press release, Chatham said it has the opportunity to convert more suites to extended-stay variety, “which gives the hotel the benefits of achieving higher average room rate and length of stay and a distinctive advantage for long-term extended-stay guests.”

The hotel is located less than two miles from Fort Belvoir, the fifth biggest military base in the US, as well as the National Geospatial-Intelligence Agency and its 16,000 employees.

It will be managed by Island Hospitality Management, which Chatham’s CEO Fisher owns a majority stake.