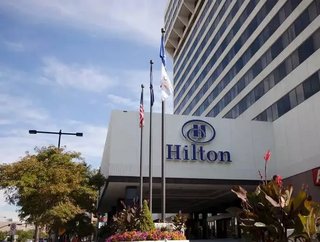 The 212-room hotel includes five restaurants and bars, an outdoor pool and whirlpool and a Fitness Centre.

It adds to Hilton’s existing portfolio of 24 operating hotels in Australasia, with a further 9 hotels in the pipeline.

Commenting on the hotel launch, Heidi Kunkel, Vice President of Operations at Hilton, Australasia, said: “Opening our first hotel in Papua New Guinea is an extremely significant milestone for us.”

“In addition to delivering a new standard of accommodation, F&B offering and conferencing facilities in Papua New Guinea, we are also providing over 200 Papua New Guineans with employment opportunities across Hilton Port Moresby and Kutubu Convention Centre.

“We are extremely proud to have this kind of positive impact on the local community.”

As part of an agreement with Star Mountain Plaza, Hilton said it will also manage the newly-constructed Kutubu Convention Centre, which offers plenary space for up to 800 people.

During the period, the hotel firm announced that net income was $164mn, a modest increase from the same period last year.

Meanwhile, adjusted EBITDA for the third quarter was $557mn, a 9% increase from the year-ago period.

“We continue to feel optimistic about overall demand trends for the balance of the year and into 2019.”