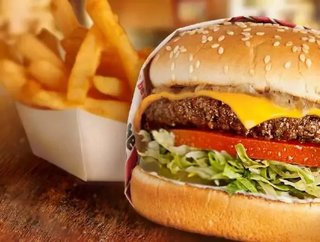 Another transatlantic burger chain is eyeing territory in the UK - this time its the Habitat Burger Grill. Following the likes of Five Guys, Shake Shac...

Another transatlantic burger chain is eyeing territory in the UK - this time its the Habitat Burger Grill.

Following the likes of Five Guys, Shake Shack and Fatburger, the group plans to open up to 30 sites by 2023.

The burger chain signed a franchise deal with the newly formed Pegasus Foods to launch its first two restaurants in the London suburbs by 2018, followed by a nationwide roll-out of a further 28 stores.

Established in Santa Barbara in 1969, the Habitat Burger Grill is known for its ‘charburgers’, fresh sandwiches and salads.

The group also aims to bring the burger chain to the Netherlands over the upcoming years.

The expansion comes as US burger brands appear to be thriving in the UK.

Fatburger is planning to open a further 15 locations whilst Shake Shack just launched its eighth UK site in Cambridge Circus.

“We are honoured and excited to bring the Habit Burger Grill to the United Kingdom and the Netherlands,” said Phil Blackband, former Tagus Group operations director.

“We have a strong belief in the Habit Burger Grill brand and have been long-time fans of their signature chargrilled burgers, delicious sandwiches and fresh salads.”

Russ Bendel, chief executive officer at the Habit Burger Grill, added: “Pegasus Foods is a burgeoning restaurant operator and franchise business partner with a strong vision, strategy, and a dynamic team that we are proud to be working with to introduce the Habit Burger Grill to the United Kingdom and the Netherlands.”