How is Denny’s Finding Success in Millennial-Geared Spinoff The Den? 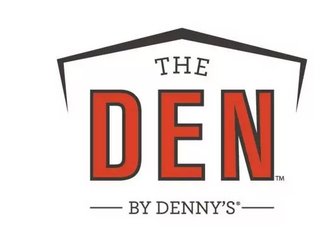 Theres no fountain of youth for us mortals. But for businesses, finding success with a fresh young audience can be a path to immortality (or at least a...

There’s no fountain of youth for us mortals. But for businesses, finding success with a fresh young audience can be a path to immortality (or at least a renewed lease on life). Denny’s just might be on its way down this path with "The Den by Denny's," a fast casual spin-off concept that’s been doing well on college campuses across the United States. As a new profile from Nation’s Restaurant News reports, The Den is making its first forays into locations off campus and on military bases, and is headed for even bigger success with a younger Millennial-based audience.

In the profile, NRN talks to Denny’s vice president of concept innovation Greg Powell, who reveals a compelling point about why the concept seems to be working. It’s not just an upscale version of Denny’s, a direction which brings to mind memories of ventures like the McDonald’s Bistro Gourmet or the short-lived Jack in the Box spinoff JBX Grill. Rather, this is a reimagined Denny’s concept for an all-new clear cut target demographic:

“A lot of family-dining chains have tried to do fast-casual versions of themselves, with varying degrees of success,” Powell said. “We didn’t want to just do that. This is meant to be a concept we can take to Millennials, not only on college campuses but in urban centers and other places. It’s a Denny’s built for them.”

It’s an interesting profile, portraying a smart way to approach the idea of the spinoff. The Den is utilizing ideas like breakfast all day and a more tailored menu, and playing with trendy menu items like crispy green beans and street tacos to build a different fan base—and because this is not affecting the menu or vibe at the Denny’s chain, the business is free to experiment without alienating its core consumer base by coming off like it’s chasing trends instead of staying true to its brand.

Not that Denny’s itself has had trouble connecting with Millennials before—the restaurant chain has been strong in the social media game for years, and as an early adopter of Tumblr, Denny’s built an almost improbably strong and personal connection with online fans.

But this is taking that connection to new heights, and it’s working. If the brand continues to grow, The Den will soon be joining Denny’s in franchising opportunities. When that time comes, it seems like the brand will be a smart bet for entrepreneurs in cities and towns with young communities.