American diner Denny's is coming to the UK 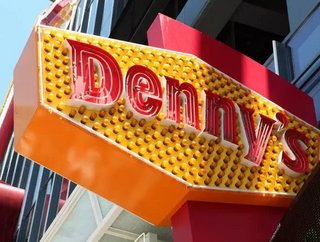 American diner chain Denny’s is reportedly expanding to the UK. The brand has announced that it will begin its expansion in South Wales, opening thei...

American diner chain Denny’s is reportedly expanding to the UK.

The brand has announced that it will begin its expansion in South Wales, opening their first restaurant in Swansea in January.

Known for their big American breakfasts, including stacked pancakes and grilled breakfast sandwiches, the company teased its UK arrival on its new UK Twitter account.

"Starting off in South Wales," Denny's wrote, when asked where the first UK location will be.

"Then will be all over the UK shortly after, so be ready for us!"

At present, the US chain has chains in countries such as the US, Canada, Mexico, Japan, New Zealand, the Philippines and Qatar.

Denny’s hasn’t confirmed specific plans for more diners around the UK just yet, but it seems likely they’ll expand nationwide.

Said to be the "world’s largest full-service family restaurant chain," Denny's currently operates more than 2,100 restaurants in the United States.

Famous for always being open and only closing when "required by law", it is thought that they may take a similar approach in the UK.

The move comes as part of the company’s wider global expansion plans as Denny's has made a concerted effort to target markets in the Middle East and North Africa in recent months.